A.K.A the Snoogie.  At least that’s what I call it.

I was on a business trip in Korea during a lot of the first trimester of my wife’s pregnancy, so I was still pretty high on excitement for everything to come.  Not saying I’m not now, but this was the stage of excitement where I wanted to make sure Paps had everything she needed for comfort, education, and entertainment.

I searched all kinds of sites for “what to buy pregnant wives,” and the Snoogle popped up.

The Snoogle is basically a body pillow that preggo’s swear by.  It’s made to give your wife the back support she’ll need in bed, as well as support the belly while she sleeps on her side.  There’s multiple ways to use it; as back support, a prop-up pillow, a make-shift Boppy… even a hemorrhoid pillow ( you know, if you needed a hemorrhoid… pillow).  The reviews from all the mothers basically said if they only had one product to pick for all of pregnancy, this would be it. 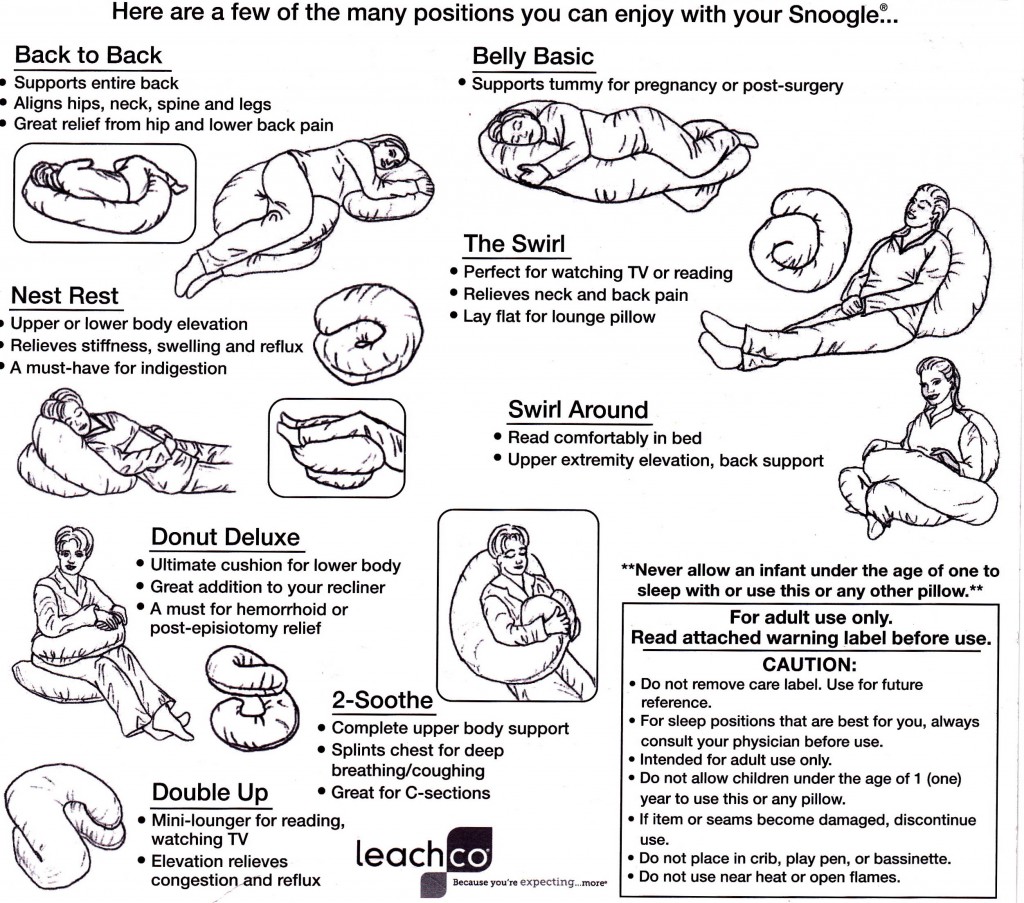 So I pulled the trigger.

The package came in just before I’d gotten home, with the BellyBuds I’d purchased.  Paps was happy she’d gotten presents, but I’ll tell you I was happier.  I’d done something heroic and fatherly.  I took care of my lady and made sure my baby was A-OK.

Except she’d used it a few times, and really didn’t show any interest in using it.  She said she’d felt uncomfortable using it, and it wasn’t helping her sleep at all.  Now keep in mind she wasn’t even showing at that point, plus she’s against anything new (and I may not be alive to write another post after saying that).  NOW… at 6 months… she can’t get enough of it.  She brings it to the couch, she sleeps with it instead of me, and even if I can get her to sneak over to me, I wake up to find that oversized body pillow alone with my lady.

The couple of months she wasn’t really using it, you best believe I did.  Who cares what she thought… that thing is amazing.  It gives the back support that it advertises.  It relieves the pressure on the body from all the sympathy weight I’ve put on.  It’s just plain comfortable.

But now… preggo pants claims it, so I’m all assed out of using my “snoogie.”  (I should’ve put one on the baby registry just for me…)